Can You Play DS Games On Nintendo Switch? [Update!] After the debacle that was Nintendo’s Wii U, Nintendo redeemed itself with the increasingly popular Nintendo Switch.

The handheld console has sold over 111 Million units since its release on March 3, 2017- making it the 3rd best-selling Nintendo console behind the Gameboy and the Nintendo DS Family.

The Nintendo DS remains their best-selling console to date, with over 154 Million units sold. And it’s no secret that the DS games played a huge role in this success.

Titles like Castlevania, The Legend of Zelda, Super Mario series, Meteos, and so many more classics surged the popularity and sales of the Nintendo DS. The Nintendo community loves these games so much that they are still looking for ways to play them on the latest Nintendo Switch.

You might also have seen a YouTuber playing a Nintendo DS title on a Nintendo Switch and thought, I want that.

But can you play DS games on Switch?

Can You Play Nintendo DS Games On Switch?

Yes, you can play Nintendo DS games on Nintendo Switch, but it’s not a straightforward plug-n-play.

If you want to play DS games on Switch, there are loads of complications and caveats put in place by Nintendo.

Moreover, Nintendo does not allow users to buy and install digital copies of DS games on Switch.

So, there goes all hope of playing Nintendo DS games, officially and legally, on a Nintendo Switch.

And lastly, to really rub it in, Nintendo has patched some of the Switch models to prevent any third-party injectors as well. And if your Nintendo Switch is patched, there’s no workaround for you to play DS games on your Switch.

If you don’t know whether your Nintendo Switch is patched or not, you can find out using ismyswitchpatched.com.

But if your Nintendo Switch is not patched,

We Have a Workaround!

How To Play DS Games On Switch?

All you have to do is homebrew your Nintendo Switch and then download a DS emulator.

Homebrew basically means jailbreaking your Nintendo Switch to freely download 3rd party apps like the Homebrew App Store. This community-run app store is the biggest third-party app on Nintendo Switch, and it has games, apps, themes, plus all sorts of unofficial but cool content.

Once you’ve “modded” your Nintendo Switch, it’s time to install a DS emulator.

MelonDS is the best DS emulator out there right now, but if you’re looking for a more versatile option you can also download Lakka.

You’ll have to play in a much smaller aspect ratio, but you’ll have access to PS1, Wii, PSP, DS, 3DS, and even Dreamcast games on your Nintendo Switch.

But, as we mentioned earlier, Nintendo does not want you to “mod” your Switch console. And that’s why if you decide to homebrew, there can be consequences.

Is Hacking The Nintendo Switch Legal?

Although advised against by Nintendo, hacking or homebrewing your Switch console is not illegal. But it does have its risks.

If you do successfully manage to hack into it, your official warranty will expire as jailbreaking is against the terms and conditions of Nintendo. And once the warranty expires, you are no longer eligible for repair or replacement from Nintendo.

That’s not the end of it.

If Nintendo finds out about your jailbreaking/homebrewing adventures, they can ban your device or even ban your account. So you won’t be able to participate in any online game on your Nintendo Switch. At least with that account.

You can still enjoy the downloaded games, and you also get access to new games in the Homebrew App Store, but is it worth it?

Is It Illegal To Emulate Nintendo DS Games On Nintendo Switch?

There are no lawful implications of emulating a game on an alternate device, but it is widely regarded as legal.

So, if you are using a DS emulator on your Nintendo Switch to enjoy some classics, it’s totally fine. Nintendo can’t carry out a lawsuit against you just for playing some old video games on a new console.

But, that doesn’t mean they won’t take any action.

See the whole purpose of Nintendo not making universal cartridges for all their consoles is a marketing strategy.

Furthermore, to enforce this strategy, Nintendo is ready to go as far as banning accounts and hacked consoles.

Can you play DS games on Nintendo Switch? Yes.

Is it worth going through all the trouble and voiding your warranty and getting a potential ban from Nintendo? You tell us! 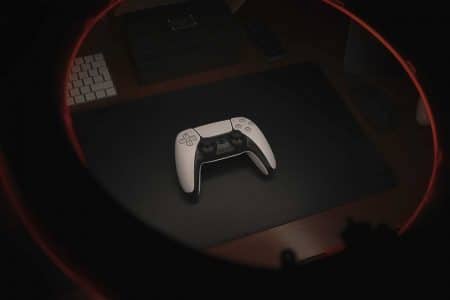