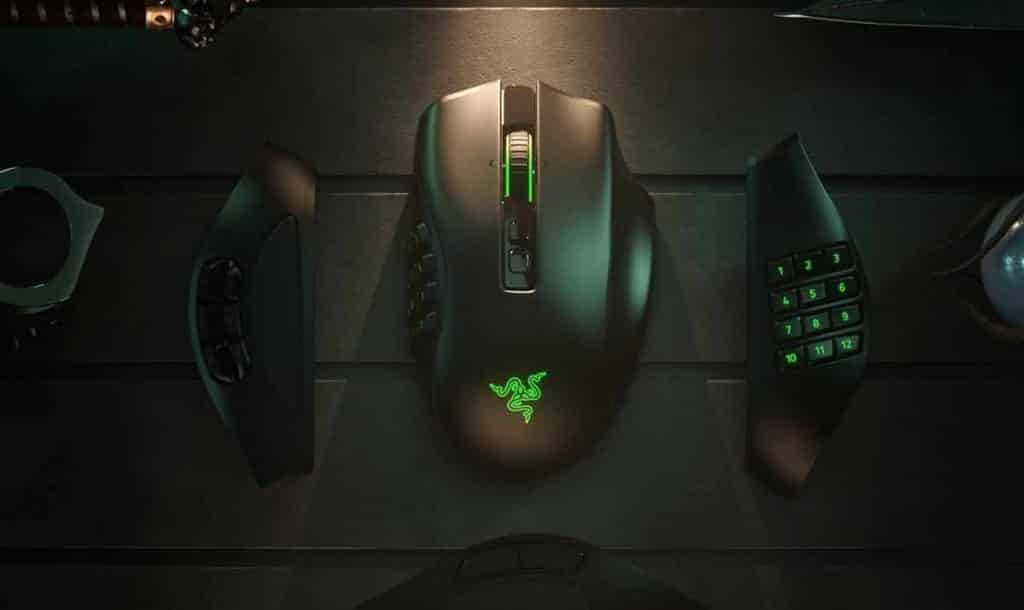 Does Razer have the best set of gaming mice in its kitty? Probably yes. There’s a reason why Razer persists as arguably the most popular gaming accessory brand around and it comes down to their huge range of products, intelligently designed to cater to a large audience spectrum.

If you’re looking for the best Razer gaming mouse and you already have some specifics and a budget to start with, chances are you will get what you want.

Just why we’ve listed down the best PC rodents Razer has to offer and categorized them in the most relevant segments.

Razer has gone all in to pitch this as the best wireless gaming mouse in the market. Viper Ultimate really pushes the boundaries, using the latest tech from Razer, ambidextrous design, and simplicity.

The Viper Ultimate comes with the latest sensor from Razer’s assembly line – the Razer Focus+ Optical.

Only the Basilisk Ultimate shares the same sensor which is top-of-the-the-line, better than what’s in the LG G502 Lightspeed, which is popularly considered as the best wireless gaming mouse around.

So, has Razer done it?

On paper, yes. The 20k DPI is overkill but quite worth it when you’re clutching. A 650 IPS tracking speed will come in handy, much higher than 400 IPS on the LG.

Add to this the HyperSpeed Wireless, another latest tech from Razer, marketed to be 25% faster than previous-generation wireless tech, the Viper Ultimate is fast, accurate, and well, expensive.

That’s the only lowdown really. Razer has kept it ultralightweight, under 75 grams, perhaps why the mouse buttons may seem a bit cheaper, again, compared to what you’ll need to pay up.

Wireless, it will last 50 hours or so on a single charge. The RGB effects, are with Razer, fun. The charging dock will change color as per the juice left in the mouse.

Razer Viper Ultimate is fast, sharp, and accurate. If you’re upgrading from a budget gaming mouse to this, you will feel the difference, especially when you’re on Valorant or Black Ops Cold War.

The Razer Naga Trinity is, well, a god among computer mice and it’s a shame that it’s sold at a price instead of being a limited edition.

You may have guessed that most of us here love the Razer Naga Trinity, but we have enough reason for it.

For gamers looking to aim and shoot, there are better-wired gaming mice available, even from Razer (next up.)

With the Naga Trinity, you can shoot, reload, change to weapon 2, reload weapon 2, open the menu, change the background, order a pizza, book a flight, etc. There are 12 programmable buttons on the side of it.

If that’s overkill, just change the panel to a more ‘conventional’ 7-button hex setup or the rookie 2-button panel.

Now, if you’re a simpleton with simple needs, move on to the other Razer gaming mice.

If, however, you want to get more work done with your left thumb and take advantage of your biped evolution, get this for not just gaming but some crazy productivity too.

Some of us love it, some of us are not ready for it. But there’s nothing like getting used to the Razer Naga Trinity!

It’s rare for Razer to dish out mice that look the part less than it does the job. The Basilisk Essential can be the best Razer mouse for you if, and only if, you want a multi-tasking gamer and if you’re right-handed.

We love the Basilisk’s design ergonomics with its thumb rest and chunky design aesthetics. It’s shaped for right-handers only with two well-placed programmable buttons on the left.

Now, who needs 16,000 DPI if 6,400 DPI can do the job nearly just as well. True that you will miss out on headshot percentages, but Razer has thought about this and added an extra button/paddle just ahead of the thumb rest to shift through DPIs.

Of course, it’s all customizable on Razer Synapse 3.

This is an essentials-only take on the full-blooded Razer Basilisk and you do miss out on the illuminated scroll wheel, customizable scroll resistance, 20 million (instead of 50 million on the Basilisk) rated switches, and a couple of programmable buttons, other than lower DPI range.

But it’s about what this mouse has, the value-for-money, especially considering that this is priced at less than half of the behemoth Basilisk.

Even the biggest brands gamble with their products, to generate market feedback and react to it. The Orochi V2 is Razer’s gamble that might just pay off.

Move on from big bad rodents, the Orochi is small, lightweight, wireless, beautiful, and deceivingly good as a gaming mouse too.

Razer has, in our opinion, done brilliantly to come up with an ambidextrous design that is suited for small and even medium hands, and this might just end up as the best Razer gaming mouse to buy for quite a spectrum of users.

The Razer 5G Advanced sensor is new-gen if not next-gen (that would be the Razer Focus + Optical Sensor in the Viper Ultimate).

With 18k DPI to spare and up to 1000 Hz polling rates, this is the budget Razer wireless mouse of tomorrow.

It’s ultra-portable and ultra-lightweight, tipping the scales at around 2.2 ounces with an AA battery.

You miss out on the thumb pad, obvious since this is for right and left-handed users, but there are 2 programmable buttons for productivity and Apex Legends!

Despite the nifty under-the-hood slot to store a 2.4 GHz dongle, everyone’s flummoxed with the battery design.

You can put both AA and AAA batteries inside, one each, but you can only use either!

But, all said, the Orochi V2 is Razer’s entry into the multi-tasking gaming mouse category, and it’s a good one at that.

Few brands add proper value to their entry-level products but not Razer. This Viper Mini is one of the cheapest Razer gaming mouse options on the market, yet it deserves to be on this list.

Before you get your hopes high about some trickled-down features on a bargain, there’s little. Everything is dialed down, from the 8.5k DPI, 50 million click switches, and only the Razer Optical sensor (no Focus+).

But it’s surprisingly an excellent gaming mouse despite the price, and that’s where Razer does the job so well.

The Viper Mini is just over 60 gm, which puts it right in the ultra-lightweight category. Despite the price and size, you get the basics including programmable thumb buttons on the left and the DPI switch up top under the scroll, much more convenient!

Razer has smartly added some serious value too, removing the rubber side grips but adding in PTFE glide feet, that does make a world of difference while gaming.

This is a Razer chroma mouse too and comes with Razer’s latest optical switches with 0.2 ms response times.

This is the best Razer gaming mouse if you have the bank to spare. The Razer Naga Pro is everything you can expect from a gaming mouse, and then some.

This is a successor to the elite category Naga Trinity which we’ve already covered up top. But the Naga Pro is simply next-gen.

For starters, it has dual wireless modes including Bluetooth and Razer’s HyperSpeed Wireless. However, you can stick to the wired format and make the most of the bundled-in SpeedFlex cable.

The Naga Pro comes with the same 3 side panels with only one minor change to the 7-button hex panel – it’s now down to 6. Inside, it comes with Razer’s latest sensor, up to 20k DPI, but a noticeable upgrade to 650 IPS in maximum speed.

Latest optical switches are added but these are rated at 70 million clicks and even though there are doubts about this figure, you can expect it to be more than 50 million for sure. And there’s PTFE underneath.

The result is a benchmark gaming mouse that can do just about anything although this is best suited for professional MMO pros.

If we can stay oblivious of the price tag for a second, this is without a doubt the best Razer wireless gaming mouse yet.

Before we get into the review, you should know that the Basilisk V2 is $20 cheaper on Amazon, at the time of this round-up review.

The Razer Basilisk V2 is aimed to capture the mid-range gaming mouse niche. With the latest Optical Focus+ sensor and up to 20k DPI, this is arguably the most powerful spec sheet for any wired gaming mouse.

With the obnoxiously attractive Basilisk, Razer has tweaked the basic aesthetics to make this more comfortable than the original Basilisk with extra grips on the left.

It has the same max speed as the Naga Pro, clocked at 650 IPS. It also comes with PTFE mouse feet and optical switches marketed at 70 million clicks, again, same as the Naga Pro.

This is a Razer chroma mouse as well, so you get the whole 16.8 million color gamut.

Other than that, the scroll wheel is adjustable, you can customize till up to 22 programmable inputs, and the proven Basilisk design is enhanced to offer maximum comfort for claw grip and palm grip users (fingertip users will find it hard since this is a large mouse unless they have rarely larger hands!)

This is the best Razer gaming mouse you can buy now, especially considering the price fall.

The gaming mouse niche is more competitive than it should be really, would have been a lot easier for us gamers to pick one and just get going.

But the right gaming mouse can make a subtle but serious difference in FPS or MMOs and you know it. Razer along with the Sensei, LG, Glorious, among others are vying for the top spot.

But if you just want to stick to one brand, the best Razer gaming mouse as per your needs and budget will rarely let you down.

Q. What is the best Razer mouse for FPS?

The best Razer mouse for FPS should be either the Razer Naga Pro or the Razer Basilisk V2. Both these mice come with the latest sensors, high polling rates, 650 IPS maximum speeds, and optical switches.
All this means deadly accuracy and ensures that each LMB or RMB click is translated into on-screen action within 0.2 milliseconds.

Some Logitech is better than Razer’s at certain price points although the opposite is true as well. For instance, the Razer Naga Pro is yet to meet its match considering the productivity and performance it offers whereas the Razer Basilisk V2 is cheaper but delivers marginally better performance than the Logitech G502 Hero in the wired segment.

Razer mice and almost gaming mice are easily prone to physical damage simply because they are not built to resist although gaming mice, including Razer mice, are not prone to breaking easily. Most gaming mice are built to be ultra-lightweight, therefore constituent materials primarily include different types and textures of plastic.

Q. Why are Razer mice so expensi

Razer mice generally come with next-gen tech. Even budget options today include tech features that were benchmarks not more than 2 years back. Razer mice are built to provide ultimate feedback, low latency inputs, and extreme performance as well as comfort. The price tag also includes add-ons like the Razer Synapse 3 or Razer Chroma RGB software. 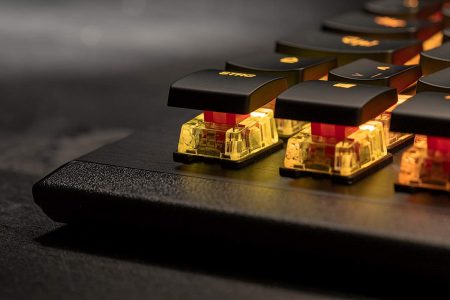 The 13 Best Mechanical Gaming Keyboards in 2021 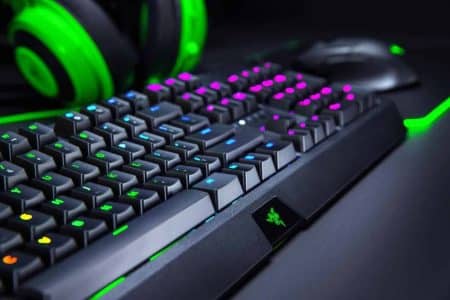 Best Razer Keyboards in 2022 Plus Extras: Reviewed by Gamers 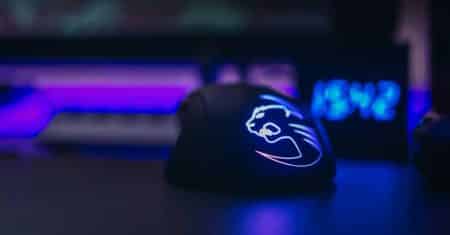 What Mouse Does Ninja Use, And Why? 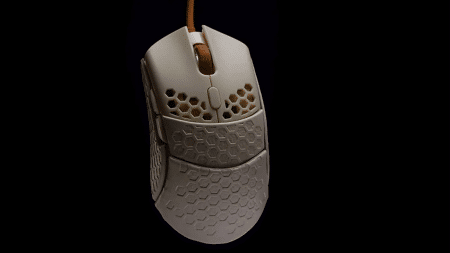