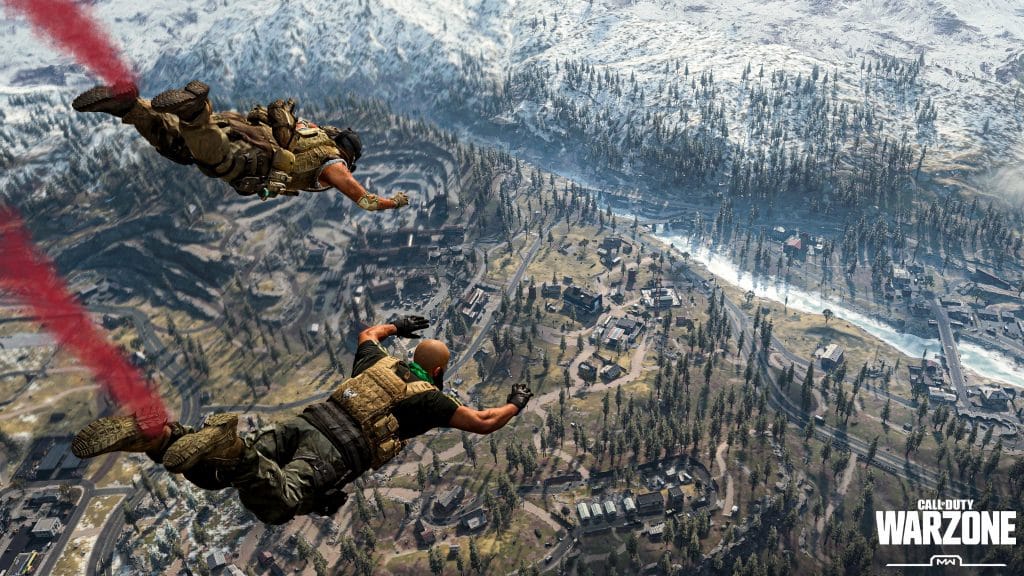 Free FPS games are pulling in the largest pool of online players today. The best free FPS games thrive on in-game purchases and sponsorships so you can expect them to be true-blue free-to-play for years to come. And considering machine AI is still second best to human intuition and skills, these free first-person shooter games thrive on the best resource of high-octane action – multiplayer modes!

Each of the games on the list has unique gameplay mechanics. Fret not, some of these games will run even on ancient PCs. We are sure you will find a couple of haven’t played before and definitely should.

Best Free FPS Games You Must Play In 2021

This game focuses on a battle between three factions Terran Republic, New Conglomerate, and Vanu Sovereignty on the fictional planet of Auraxis. It’s a giant leap in terms of gameplay mechanics and action as compared to its previous version. PlanetSide 2 currently allows up to 2000 players in a single continent.

Although launched 8 years ago, PlanetSide 2 still rules the Windows and PlayStation4 free to play section. The best part about this game is constant updates, with the most recent being an Escalation expansion update. Enjoy the hyperactive shooting action of PlanetSide 2 on an alien planet.

9th on our list is Paladins, a free to play hero fighting game. The mechanics of this online FPS game focuses on medieval-looking soldiers with modern weaponry packed with sci-fi action sequences. It currently has over 25 million active players.

This game focuses on a conflict between 2 rival factions, the Magistrates and the Paladins. Players choose a champion avatar, who can be considered as modern-day special forces. Some of these champions take a side but not all of them. A few chose to work as mercenaries.

Of the total 40 characters available in the game, only 5 are available for free. Players can either unlock four random players for a limited time or alternatively purchase the unlocked avatars.

Warframe is a true sci-fi online FPS game. Imagine super-fast movements in a space ninja avatar roaming over alien planets. Since its launch in 2013, this game has received consistent updates which makes it one of the best free FPS games for PC.

It not only provides a fast action shooting but also combines it with deep and extremely entertaining story missions. The story goes so deep that you may do well to spend some hours on Warframe fandom to get a proper hang of what to do and what not to.

Some players even find it to be a space sandbox game with random FPS battles. Graphics are as good as it gets and there is a lot of innovation behind the scenes. Warframe is definitely one of the best free FPS games around.

Valorant has Overwatch style avatars combined with spectacular 5v5 shootouts of CS: GO. That and 4 different gaming modes – Unrated, Spike, Competitive, and Deathmatch included, it’s no wonder that this is one of the fastest-growing free FPS online games today.

Unrated and Spike focuses on the best of 13 or 7 rounds, while Competitive mode has only 5 rounds of gameplay. In Deathmatch, players keep respawning until one of them makes 40 kills. Team members can even revive fallen comrades by collecting seven points, which can be acquired by killing opponents or collecting resources.

Players get to choose among 11 available avatars, each with their unique abilities. Not all of them are available instantly though. You need to unlock all avatars with in-game purchases. Valorant is a must-play if you’re looking for the best free FPS games today.

This free to play FPS is a bit more complex than regular battle royales. The Cycle is a survival FPS game with players fighting monsters and various non-player characters (NPCs) and monsters. Players in this game are mercenaries who are given dangerous tasks to complete.

In-game action is aplenty and includes kill quests and various side objectives. While players complete their objectives, other live players can attack them. The games cover both aspects of Player vs Player and Player vs environment, but it’s up to the taste of individual players what they wish to indulge into.

While this game feels similar to other battle royales, the primary highlight is the soundscape and huge weapons cache. It includes some of the latest weapons of modern-day warfare. Black Squad shares strong features with Counter Strike and Call of Duty.

Black Squad has simple graphics just like Counter Strike, but the sound quality of bullets whizzing past your face and making a headshot are a substantial notch above. This free to play game provides a great multiplayer mode suitable for those late-night gaming sessions.

The goal of every modern battle royale game is clear, to take a chunk from the PUBG-Fortnite-Warzone happy crowd. Ironsight surely is a worthy candidate for it. This is undoubtedly one of the best free online FPS games on Steam and a popular one at that too.

Experienced players will find Ironsight to have striking similarities with Call of Duty: Black Ops II other than the fact that this is free-to-play. And it does target gamers without a high-end gaming PC, much like CS:GO. Gameplay is right in between typical FPS and then a few more tweaks for realism (not like Red Dead Redemption 2.) In short, Ironsight tries to right the wrongs of common FPS while keeping the gameplay simple and addictively fun.

Apex Legends came out of the blue to dominate the free to play FPS games. It has impressive graphics and unique gaming aesthetics.

Players always spawn with a team of 3. Unlike PUBG where players can drop at different locations, you spawn/drop together at the same location. (Thumbs up to teamplay!) This Battle Royale features a unique shoot to kill approach. Apex Legends offers 14 playable characters with unique abilities. While some can open portals to flank enemies others can call airstrikes. True that Apex Legends can take some time to master but it’s worth it. Note that, you may find it hard to compete with the best without splurging the cash on loot boxes.

Counter-Strike: Global Offensive is the oldest released free to play FPS game on this list. But it also one of the most popular ones around. Its popularity can be attributed to the large esports prizes and one of the most consistently played multiplayer games in the world.

Players can either choose to team up with Terrorists or Counter-Terrorists. The game keeps on going till all the enemies are dead or the objective is completed. A Battle Royale feature was added on a 2018 update which has made this game even more popular among players.

The simple and addictive mechanics may not leave much room for creativity like the best FPS games out there. But where it lacks in complexity, CS:GO makes up for in sheer simplicity. This is the best free first-person shooter game to learn the trade! And you can play it on the oldest of PC builds as long as you have fast-enough internet.

Infinity Ward’s ace up the sleeves, Call of Duty: Warzone focuses on levelling up the field. Each player is just armed with just a pistol, offering two different modes: Plunder and Battle Royale. It has very rich graphics with an almost real feel. Warzone is the undisputed king of free first-person shooter games.

In Plunder Mode: teams search for hidden cash while battling each other. The team with the highest amount of money by the time the clock stops is declared the winner. In this mode, players respawn making the action far more intensive.

In Battle Royale: Over 150 players jump down the chute in a massive map to become the last man standing. Players can make use of a vast array of weapons and vehicles to realize their objectives. Most of the maps in this game are an extension of maps and locations from the previous games – awesome!

The only downside is the requirement for a high spec device for enjoying this game. This is, without a doubt, our best free FPS game in 2021.

Free to play online multiplayer games are expected to soon become the biggest revenue generators for the gaming industry. No wonder all top games you can play today always have an online multiplayer mode with them. Free FPS games form a substantial chunk of these games. You can also try your hands on other 3rd person shooters like PUBG or Fortnite. But if you want a bottom line on what’s the best free FPS game around, we would say it’s COD: Warzone. Go ahead. Simply download and start clutching!