Screen Tearing: What is it & How to Fix it? 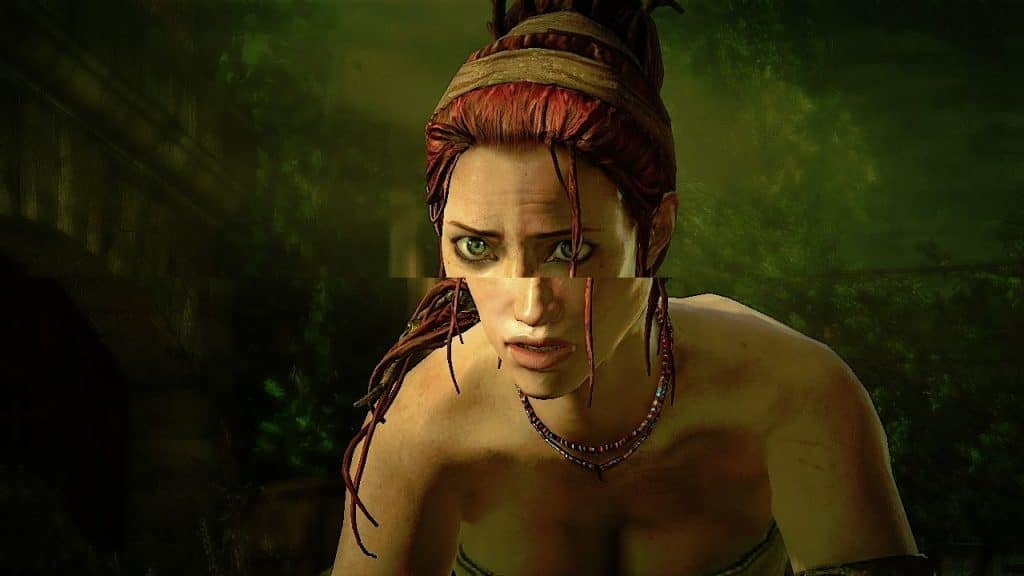 Screen tear is a graphics issue that causes unwanted visual artefacts on the display. It is a common issue for gamers, especially frustrating while streaming or recording your gameplay. But why does it happen? And how can you fix screen tearing?

Before we go into that, you need to understand what is screen tearing and the basic working principles of your gaming display and your graphics card.

What is Screen Tearing?

Screen tearing is when your display cannot keep up with your graphics card! It’s when you get to see more than one frame on your display, horizontally or vertically, comprehensibly ruining your gaming experience.

Why does screen tearing happen at all?

For the display unit to know what it should display, the GPU needs to keep a constant copy of the corresponding image in its memory (technically known as the front buffer.) The monitor reads this data from the front buffer pixel by pixel, frame by frame, and displays accordingly.

In case you’re thinking, this one of the reasons why you should get a graphics card with a high VRAM (Virtual RAM – this is the term for graphics card memory.)

When it comes to gaming, monitors display an updated version of the image at breakneck speeds. But the graphic’s fps display can only manage to work at its max refresh rates(technically).

So, if you have a 144Hz gaming monitor, know that it can only display a maximum of 144 frames per second. Now, this is not even close to what top esports gamers use. Either way, if your graphics card does a bit better than 144 fps, it’s nothing to be happy about. You’ll get a lot of screen tear instead.

Screen tear will render two frames separated by a borderline which can easily be noticed by any gamer. It looks like two partial frames displayed by the monitor on that specific instance. Here are a few screen tearing examples.

Check out the frame between the blue arrows in the above image. You will notice two partial frames on the screen. Usually, these torn images only stick around the screen for a fraction of a second. But it’s still enough to notice in a large number of popular gaming titles. The reason can be linked to the high-performance GPUs that often render games at much higher frame rates than the ones monitors can run.

Most LCD monitors come with a refresh rate of 60 Hz, i.e. they can display a maximum of 60 frames per second. Know that these frames can be at the highest display resolution and with the highest graphics quality.

Display refresh rates is not related to the graphics quality displayed!

So, if the graphics card is generating 80 or 90 frames per second, you are likely to witness a screen tearing with your 60 Hz display irrespective of whether you are running the game custom-high graphics settings!

How to Fix Screen Tearing

The most common screen tearing fix is to use Vertical Sync or V-Sync. It’s an option you can find in the graphics control panel or even in the geographical settings of many games. V-Sync forces the GPU to dial down on the number of frames rendered and match it with the maximum refresh rate of the display.

But there’s a catch:

Stuttering and lag is common with V-Sync. Why?

Reducing the GPU’s rendered frames to match the display’s refresh rates is a continuous task for your CPU. By turning on V-Sync, you are essentially asking your processor to take on an additional control function while running the game. With your CPU getting overworked, it’s only obvious that you will run up the chances of input lag.

Another solution to fix screen tearing is to use AMD FreeSync. It can do so without causing stuttering, unlike V-Sync.

FreeSync works through the DisplayPort via Adaptive Sync.

What is Adaptive Sync?

Instead of reducing the graphics card’s fps outputs, Adaptive-Sync dynamically modifies the monitor’s refresh rates to match the GPU fps.

FreeSync reduces screen tearing, stuttering, and input lag as it functions via the additional DisplayPort. Adaptive Sync works between 30 to 144 Hz.

How to use FreeSync?

To use this feature, you will need a FreeSync monitor (a G-Sync compatible monitor will work as well!) Compatible monitors will have a DisplayPort version 1.2A input with an optional Adaptive-Sync feature in the firmware.

You can do better than FreeSync too with a top-of-the-line G Sync monitor. Although, it’s difficult to imagine a gamer with a G Sync display suffering from screen tearing!

The first step for any graphics card-related troubleshooting is to update to the latest driver. Updated drivers can lead to more consistent frame rate production.

Although it doesn’t directly impact the screen tearing, updating graphics drivers can balance out the stuttering in case your frame rate production goes below the refresh rate of monitors. This, in turn, will allow the V-Sync option to be more viable for reducing screen tearing.

FreeSync, despite being a proprietary AMD software, uses the free-to-use Adaptive-Sync standard, which can be easily found on third-party scalers. These scalars are a necessary component of any monitor.

FreeSync is, as the name suggested free to use. G-Sync, on the other hand, works only through an NVIDIA-built scaler module. This module is sold by NVIDIA to display manufacturers who want to make G-Sync monitors.

Devices with the G-Sync module are a lot more expensive than ordinary or G-Sync compatible devices. And this is just why G-Sync is not simply better than AMD FreeSync. The average gamer will find AMD FreeSync offering more value for money than G-Sync.

You can get a bit of both with G-Sync compatible Free Sync monitors though!

You will find all sorts of tricks, claiming to resolve screen-tearing. But screen tearing is an intrinsic problem without a straight-up solution (other than getting a better display!) You can go with V-Sync and update drivers in case of a cash crunch. Alternatively, if you have the budget, go for a monitor compatible with FreeSync or G-sync monitor, nothing better!