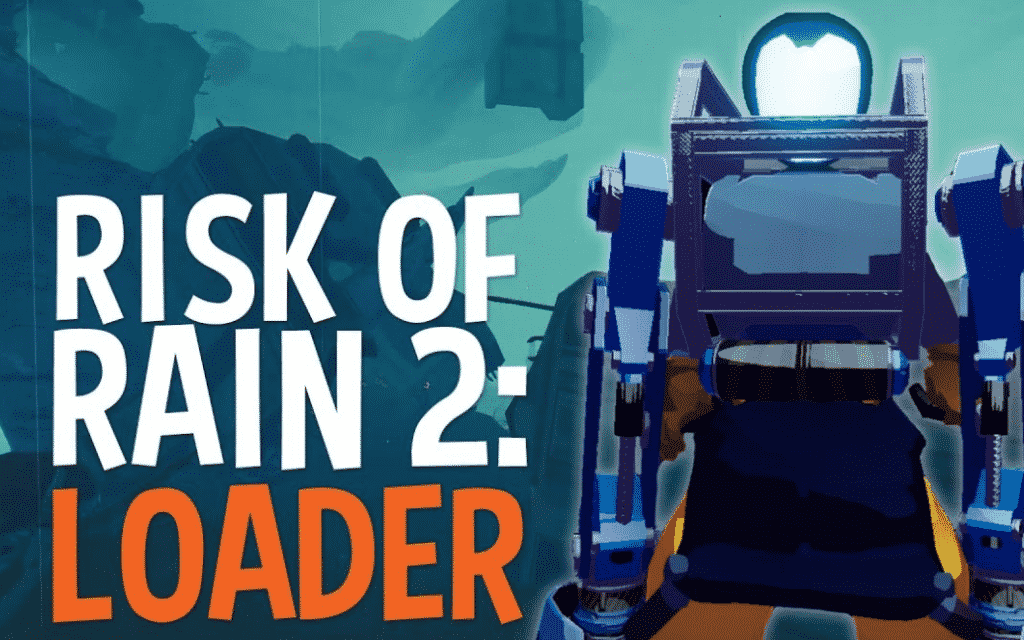 Risk of Rain 2 Loader is one of the most powerful Survivors in the game, albeit at the expense of pace.

And to make matters worse, Loader has very long skill cooldown timers too. But who needs quick attacks when you can kill an enemy with a single massive Grappling Hook punch.

Loader in RoR2 is a tank – slow, sluggish, at times frustrating; but absorbs damage like nothing and deals it back heavily.

Because she was part of a content update, players need to unlock Loader in Risk of Rain 2. And for Risk of Rain 2: Loader unlock, players have to complete a certain mission.

How to Unlock Loader In Risk of Rain 2?

You have to do the following things. To unlock Loader in Risk of Rain 2.

The Captain is a good choice because of his Defensive microbots. Mercenary also deserves a shout-out because he can withstand the tough attacks and land some heavy punches too.

This is basically a search-and-destroy mission that ends with a tough boss battle. You’ll have to first initiate the Alloy Worship Unit spawn and then destroy it. Here’s how that goes:

Alloy Vulture is another product of the Skills 2.0 Update. It’s an alloy monster with the head of a vulture, wings of alloy, and the body of a human- classic nightmare stuff.

You’ll have to find and destroy 6 vulture nests – previously it was 5 but there’s been a change here as well.

The problem with these nests is that they have no set spawn location. That’s why we labeled it as a search and destroy mission.

You’ll have to roam around Siren’s Call to find and destroy 6 of these nests. You’ll also get a healing orb for destroying every nest, which provides +40% health.

Here’s how to tell you’re on the right path. After you destroy the 5th nest, an ominous chat will appear saying, ‘You hear a distant whirring…’ Go ahead and destroy the 6th one to spawn the Alloy Worship Unit.

Once you destroy the 6th Vulture Nest, the whirring grows louder, indicating the spawn of the Alloy Worship Unit. And to unlock Loader – Risk of Rain 2, you have to destroy that unit by any means necessary.

The ship will spawn right in the center of the map, it’s tough to miss and tougher to destroy because it flies.

Yes, it will be airborne throughout the fight, which is why we suggested using a Survivor with powerful long-range attacks.

If you have the Mercenary. The near invincibility of Mercenary will allow you to jump onto the unit and face off with the airborne boss. It’s more fun too!

Once you defeat the Unit, the Guidance Offline challenge will be complete and you unlock Loader in RoR2.

To defeat the airborne unit you need to be on your A-game. No matter the survivor you use, you’ll have to do a lot of dodging if you want to survive, and eventually, kill the Unit. Here are a few tips:

Defeating the Alloy Worship Unit also guarantees a Legendary Item drop. No spoilers, but every player gets the same item.

Risk of Rain 2: Loader – All Skills

Just like Mercenary, RoR2: Loader also has some default skills and a few that you’ll need to unlock by completing some challenges. Loader – RoR2 has 8 skills in total, 3 of which are locked, including 1 Secondary, 1 Utility, and 1 Special.

Before we move to the unlockable ones, here are the Loader skills available to equip right after unlocking her.

Loader manages to deal the highest amount of damage with her default skills only. Her default Utility can cause up to 2700% damage. But there are some underwhelming ones too. Let’s take a close look at all of them.

This is the skill that earns her the ‘Tank’ label. The Loader becomes resistant to any fall damage.

Also, when you land a Gauntlet blow with the Loader, you’ll get a +5% barrier of maximum health. This further improves the immunity and resistance of the Loader against enemy attacks of every kind.

Knuckleboom is a short-range attack that swings at all the nearby enemies. Each hit will land a massive 320% damage.

The best part: there is no cooldown on this and when you combine it with Scrap Barrier, you can generate a lot of barrier amounts.

It’s good for killing common enemies, but it isn’t our first choice for boss battles because you have to get very close to the enemy for Knuckleboom to be effective.

Loader’s default Secondary skill is very useful for everything other than damage dealing. Using Grapple Fist, you can grapple to all sorts of stuff and pull yourself towards the target.

You might think of making a deadly combo using Grapple Fist and Knuckleboom, but it isn’t as deadly practically as it is theoretically. Mostly because the enemies end up launching an attack before you can land a Knuckleboom.

Now, this is the skill we love the most because it’s a Heavy skill. In other words, you can deal as much as 2700% damage depending on how fast you are running.

Even at the slowest, it can deal 600% damage. With the right strategy, you can kill any Risk of Rain 2 enemy using this attack. There is a 5s cooldown time, so use it wisely.

The Loader’s Special skill is to launch a pylon into the air that will zap your enemies and deal 100% damage per zap. And, it will zap 6 enemies at once.

The pylon will zap 14 times, after which you can grapple it to initiate the recharge/cooldown. The cooldown timer is a massive 20 seconds. So, save this one for some boss battles.

Now to the ones that we love. Some of the RoR2 Survivors have dull unlockable skills, but not Loader. Her skills are worth every challenge you have to complete.

Note: You have to complete all these challenges with Loader.

A huge upgrade from the default Secondary, Spiked Fist helps you grapple your enemies while simultaneously landing 320% damage. With only a 5 second cooldown, it’s a much better option than the Grapple Fist.

How To Unlock – Finish the RoR2: Loader: Swing By challenge. To complete this challenge, you’ll have to speedrun through a Celestial Portal within 25 minutes.

With this Utility, the Loader can deal up to 3100% damage. A Thunder Gauntlet punch will cause 2100% damage and shock the enemies into a cone, which further deals 100% damage. It is also a Heavy skill.

How To Unlock – Finish the RoR2: Loader: Earthshatter challenge. It’s one of the simpler challenges. You only need to land a Charges Gauntlet at 300mph or higher speed.

We like the default special more for the sheer chaos it causes, but the Thunderslam deals more damage. With a slam of the fists on the ground, Loader unleashes a 15m radius blast that can deal 2000% damage to enemies nearby.

How To Unlock – Finish the RoR2: Loader: The Thunderdome challenge. To complete this challenge, you’ll need to kill 3 other Loaders in the hidden realm of Bulwark’s Ambry.

And that concludes our Risk of Rain 2: Loader guide. We hope this clears up your confusion about how to get Loader in Risk of Rain 2 and help you create her perfect build.

Feel free to leave any of your queries in the comments, and we’ll keep bringing more RoR2: Survivors guides.

And in the meantime, check out our updated tier list of characters in Risk of Rain 2 and some ROR to best items. 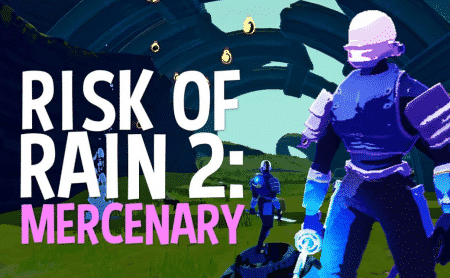 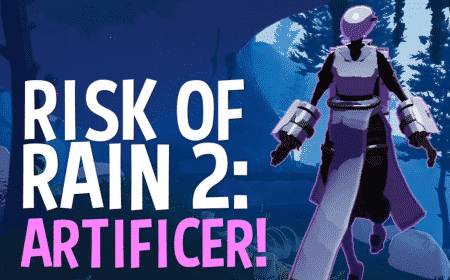