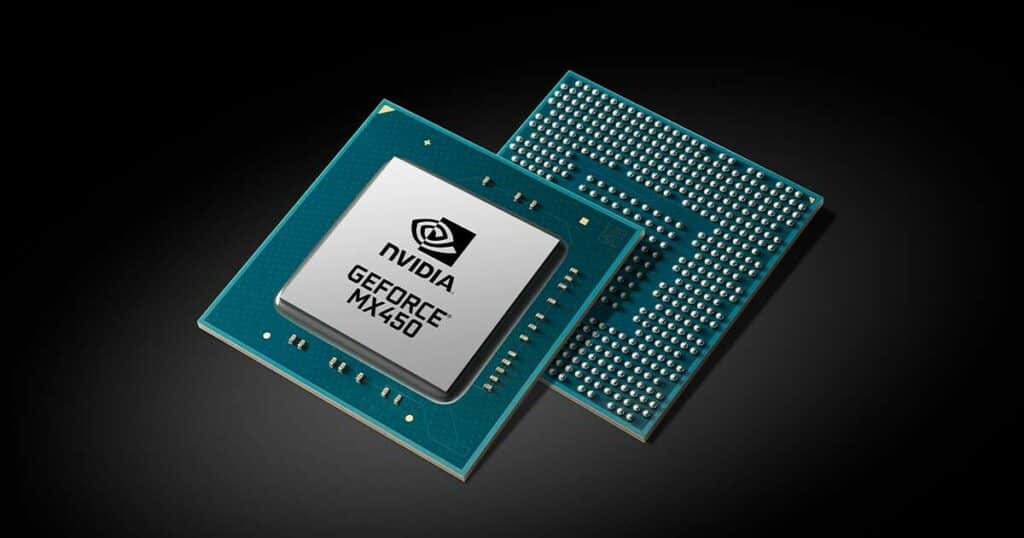 The rumors that Nvidia is removing its separate MX chips to focus on the more profitable RTX 4050 might come in the future.

There have been rumors that Nvidia is discontinuing its MX low-end mobile graphics processors. While rumors are just that, this one about Nvidia’s weakest notebook chip withering makes some logic.

When it comes to Nvidia’s laptop GPU offerings, the MX line has traditionally been the least expensive and least powerful option. Yet, the MX is feeling the pinch as both Intel and AMD continue to improve the performance of their integrated graphics with each new generation. Two perspectives, ground level and sky high.

Fans anticipate the new RTX 4050 mobile processor from Nvidia in keeping the same minimum 35W power profile as its RTX 3050 predecessor. When those APUs and a 35W RTX 4050 are considered, the available power range for any Nvidia MX chip becomes quite constrained.

Only the Nvidia GeForce MX 570 utilizes Ampere-generation technology, making it unique among the MX series. In comparison, the next-level MX550 uses a TU117 chip based on Turing, which has 1,024 CUDA cores and 2.7TFLOPS of raw shader performance.

The coming AD107 GPU has 2,560 CUDA cores, a 1,755MHz boost clock, and a 96-bit memory bus, which together amount to 9TFLOPS of raw shader power. Even though we anticipate it will produce higher real-world gaming performance, that still doesn’t offer a raw shader power increase over the AMD APU.

The future of the MX series

In any case, the limited, if any, value of the Nvidia MX series over the current integrated graphics definitely makes for a conclusive tale, given the expense and effort required to install a discrete GPU in a laptop. There is simply not enough room for Nvidia’s smallest mobile GPU.

In addition, system requirements have been increasingly demanding over the years, and it is only logical that Nvidia will stop production on the MX series. AAA games in 2023 may start to require at least a 4GB VRAM, rendering low-end GPUs impractical.