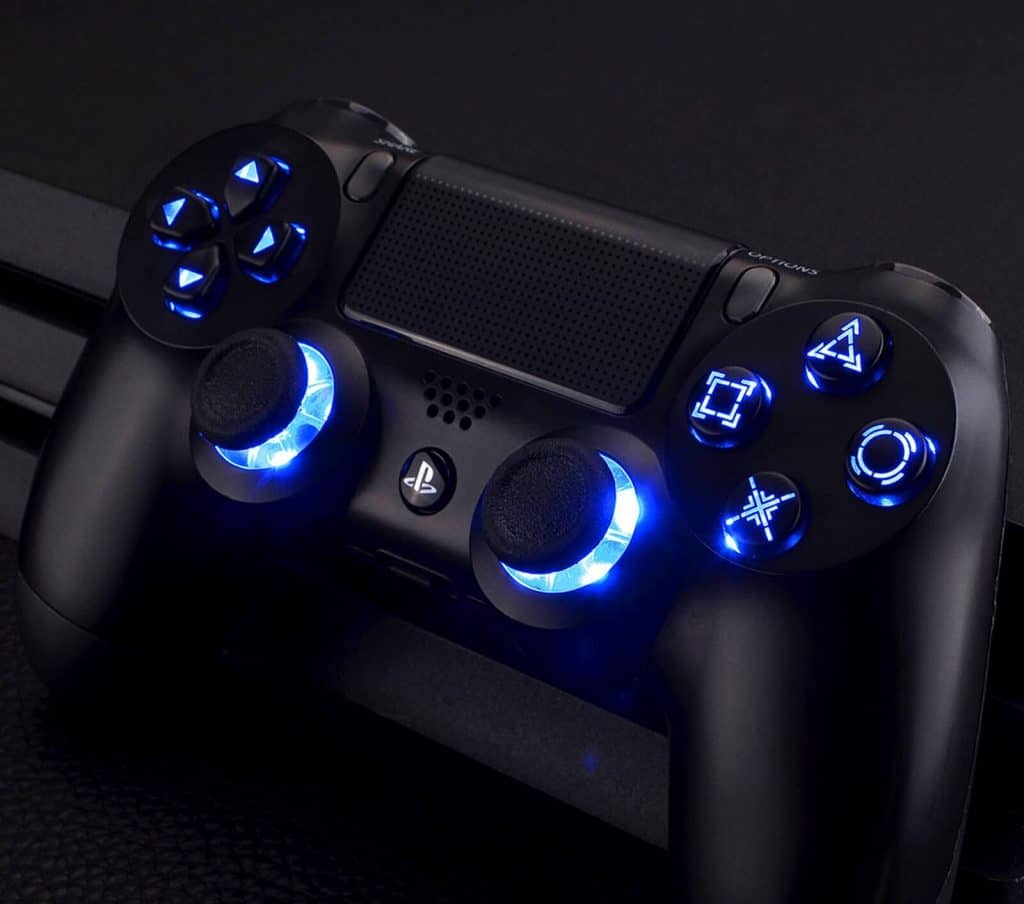 With the recent launch of the PS5, the world has now witnessed five generations of the PlayStation gaming console, and this is not an easy feat.

Every console that has been designed and released has been received with so much anticipation.

It is simply because gamers love PlayStation. The thing with these gaming consoles is the fact that some people seem to fall in love with a particular console and refuse to upgrade to the latest one available.

These attempts; however, failed in the past. Thus, many gamers struggled with combining the two. But this guide is here to solve this problem.

In this guide, you will learn how to use a PS4 controller on PS3. You do not have to be a software developer to do that. All you need is to follow the instructions shared in this guide.

The gamers who failed to use the DualShock 4 on the PS3 console failed because they did not have this guide. You have this guide in your hands, so you will be able to do it almost effortlessly.

But before getting into that, it is essential to x-ray why people love the PS4 controller. Why do people prefer it over the PS3 controller? Is it different? Is it better?

Before we bring any comparison, it is essential to note that the DualShock 4 controller is better than the PS3 controller.

It is miles ahead of the PS3 controller in almost every department. Also, the DualShock 4 is so much better to the extent that most gamers love it more than the Xbox One controller.

It is that good. Just take a look at PS4 and the PS3 controllers below side-by-side, and only by looking at them, you will identify how different they are.

Front and Center: The Touchpad

Moreover, it is next-level tech, because this mouse-like multi-touch can be deployed to do a lot of things. Game developers are thinking of how best to exploit this new feature. And make things more exciting.

This feature is absent in the PS3 controller, and it is also unavailable in the Xbox One controller. It makes the PS4 controller stay in a class of its own.

And this is one reason why many gamers like it. Because with this one particular feature, you can do certain things that other controllers are incapable of doing.

The Analog Button: PS4 Gives a Better Hold Than the PS3 Controller

The next difference between the PS4 and the PS3 controller that makes it better is the analog sticks. The DualShock’s analog stick is concave. And has divots in the center while the rims are raised. It helps to keep your thumbs in place when you are using the analog button.

Besides, it differs from the DualShock3 controller, which has very uncomfortable concave analog nubs that let your thumb slide off the center quickly. It is something gamers have been struggling with for a while now. So, the PS4 controller has finally solved this problem.

The charging system of the PS3 and the PS4 controllers does not differ that much. But one significant difference is that the PS4 controller has been built to charge even when the gaming console is in sleep mode.

It is revolutionary because the PS3 controller could not pull this off. And the console must be on before it could charge.

The Comfort of the PS4 Controller

Gamers have long complained that if you played for long hours using the PS3 controller, you would feel the tension from the way you have to grip the handles.

But the PS4 is more comfortable to hold. You do not need to apply any pressure to keep it in place. It just settles into your hands nice and smooth.

Now that has been handled; the next section will discuss why the PS4 controller does not typically work on a PS3 console and what you can do to correct that, so you can enjoy your game.

Why Your PS4 Controller Won’t Connect to Your PS3?

Sony already announced that the PS4 controller was going to be compatible with the PS3 console. So if your PS4 controller is not connecting with PS3, then there is something wrong with either your console or controller. And you must correct this before you can proceed.

First, you need to check the software you have on your PS3. Are they up to date? If it is not, do a quick update.

That’s because the PS4 controller will not work with outdated software. The DualShock 4 will only work on software versions of 4.6 and above. So if your PS3 is not up to date in that regard, you can update it.

After you do that, ensure that your PS4 controller is in good working condition. It is also advisable that you reset both the controller and the console.

When you do all of this, you should be ready to connect your PS4 controller to your PS3. The question is, how do you do this?

How to Connect DualShock 4 to PS3?

There are two ways through which you can connect your PS4 controller to your PS3, and we will outline and explain those ways below.

Follow the steps as outlined so that you get the best results. You can connect the PS4 controller to your PS3 either with a wire or without a wire. It depends on your preference.

It is straightforward to do. All you need to make this possible is a USB cable. The right USB cable will make the process easier.

The USB cable you get should be able to plug the PS4 controller and the PS3 console at the same time. If it cannot accomplish this, then it will certainly not work.

A USB 2.0 A to USB Micro B will do the job for you. If you do not know how to source for this, then you can go to your local electronic store to get it.

Once you get the cable, connect the PS4 controller to the PS3 console, and it will automatically sync, and you will be able to use the controller on PS3.

Do you see how easy it is? However, some gamers dislike having wires; they prefer a wireless connection. If you are one of those expert gamers, then the wireless method is undoubtedly for you.

If you prefer your controller to be wireless as explained above, then you can connect your PS4 controller to your console using Bluetooth.

Before you attempt to set this up, you need to make sure that the system software of your PS3 is up-to-date. As explained before if it is not recent, then it will not work. If your software version is not 4.6 or higher, it will not work.

After you are sure that your system is up to date, then you can follow the steps below to pair the controller to the console:

Step 1: Connect your DualShock 4 to the PS3 console using a USB cable. Make sure that you are using the right USB cable. Put the controller and the console on at the same time.

Step 2: Now, go to the XMB Menu. After that, select the ‘Settings‘ tab, after which you click on ‘Accessory Settings‘ and then choose Manage Bluetooth Devices.

Step 3: If you have not paired any Bluetooth device to your PS3 console in the past, you will see the message: ‘The Bluetooth device has not been registered. Do you want to register it?‘ In this situation, select ‘Yes’ using the ‘X’ button on your controller.

Step 4: However, if you already paired some other devices to your console, you will be asked to pair a new Bluetooth device. To do this, select the ‘Register New Device‘ option using the ‘X’ button on your DualShock 4.

Step 5: Choose the ‘Start Scanning‘ tab. This will make your console scan for nearby Bluetooth devices to pair. And soon enough it will detect your DualShock 4.

Step 6: Immediately disconnect your DualShock 4 from the PS3 console. As the PS3 is scanning for the Bluetooth device, press the ‘PS’ button and the ‘Share’ button at the same time on your DualShock 4.

Step 7: When you do this, the light on your controller will begin to flash intermittently. Immediately this happens, plug the controller into the console using your USB cable and then choose ‘Wireless Controller’ from the options that will be shown to you.

Step 8: Once the connection is complete, you can disconnect the USB cable from the PS3 console. Then you can test if the DualShock 4 is connected wirelessly by playing some games on the PS3. If you are unable to use it, then you have to repeat the process stated above again until you get it correctly.

That is how you connect your PS4 controller wirelessly to your PS3 console. You should not find this difficult to do because it does not require any advanced tech skills or anything of such.

The answer is yes; every PS4 controller is very compatible with every PS3 console as long as that console is up to date as far as the software version is concerned. Once that is done, you can easily connect your PS4 controller to your PS3.

This article has shown you exactly how you can connect your DualShock 4 to your PS3, and it is very detailed so that you will not struggle with any technical issues. The blog also went further to show you why the DualShock 4 is a better option than the DualShock 3 and why you should consider using it.

At the end of this, you are more equipped with the prerequisite knowledge required to make the connections you need and enjoy your gaming experience. If you have any confusion at this stage, you can drop a comment in the comment section.