How to Make an End Portal in Minecraft 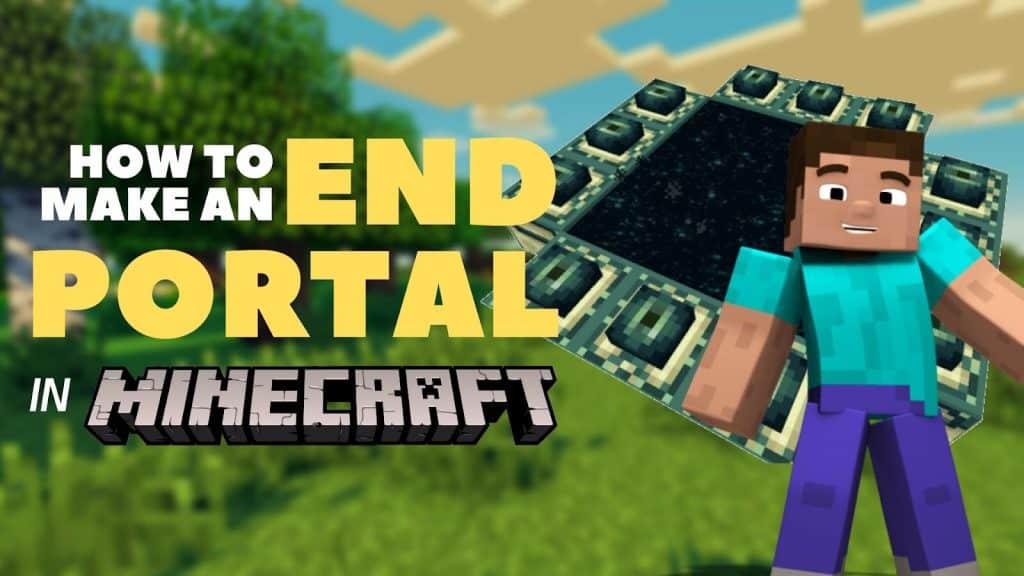 The End Portal is a mystical doorway in Minecraft that teleports you to The End, the special zone where players face off against the game’s final boss, the Ender Dragon.

Usually, you can only find End Portals in the deepest depths of Minecraft’s Strongholds, but did you know you can build your own?

Check out this step-by-step guide on how to make an End Portal in Minecraft.

Before we get into it, there’s one major caveat: you can’t build an End Portal in Survival Mode. You need End Portal Frames to build an Ender Portal, and the only way to get your hands on those is in Creative mode.

Now, let’s get hop into Creative mode and grab the materials you’ll need to get started.

You activate an End Portal by placing an Eye of Ender in each of the Frames. Take a quick look at the End Portal blueprint below.

As you can see, an End Portal is about as simple as Minecraft structures get.

Once you’ve placed the Ender Portal Frames, your portal should look like this.

Say you’re standing on the bottom row of Ender Portal Frames. You can place Ender Eyes into the left column of Frames by angling yourself like the red arrow above.

If done correctly, you’ll see the Eyes are facing the inside of the portal.

If you’ve done everything right, the portal will activate. Enjoy your doorway to another dimension!

Here’s an interesting tidbit: the End Portals that you find in Strongholds are 3×3 in size, but you can actually make them as big as you want.

How do you complete an End Portal in Survival Mode?

In Survival Mode, End Portals can only be found in Strongholds. They’re almost always inactive and require you to activate them by slotting in Eyes of Ender.

Each Ender Portal Frame has a 10% probability of already containing an Eye of Ender. Most of the time, you’ll find Portals with 0–2 Eyes placed.

There’s even a ridiculously low chance you’ll find an End Portal with all 12 Eyes of Ender (roughly one in 1 trillion, so don’t get your hopes up).

How do you get End Portal Blocks?

End Portal Blocks (not to be confused with End Portal Frames) are the “black void” blocks that make up the inside of a portal.

Unfortunately, there’s no way to get them, even in Creative.

There is a workaround involving Structure Blocks that allows you to copy-and-paste a Structure Block that functions the same way as an End Portal Block.

How do you find Strongholds in Minecraft?

Equip an Eye of Ender and toss it into the sky. The Eye of Ender will start floating in the direction you need to go.

It will hover for a moment before falling to the ground. Rinse and repeat until the Eye of Ender no longer moves when you throw it. Then, pull out your shovel and start digging downwards!

We hope you found this guide on how to make an End Portal useful. You can use it to add some dark ambience and spooky vibes to a structure.

We’ve also found they’re a fun way to transport unsuspecting visitors to The End for an unexpected fight for their lives.

And that’s all you need to know on how to build End Portal in Minecraft. Before you go, check out our guides on how to get honey in Minecraft without getting stung and how to make a map in Minecraft.