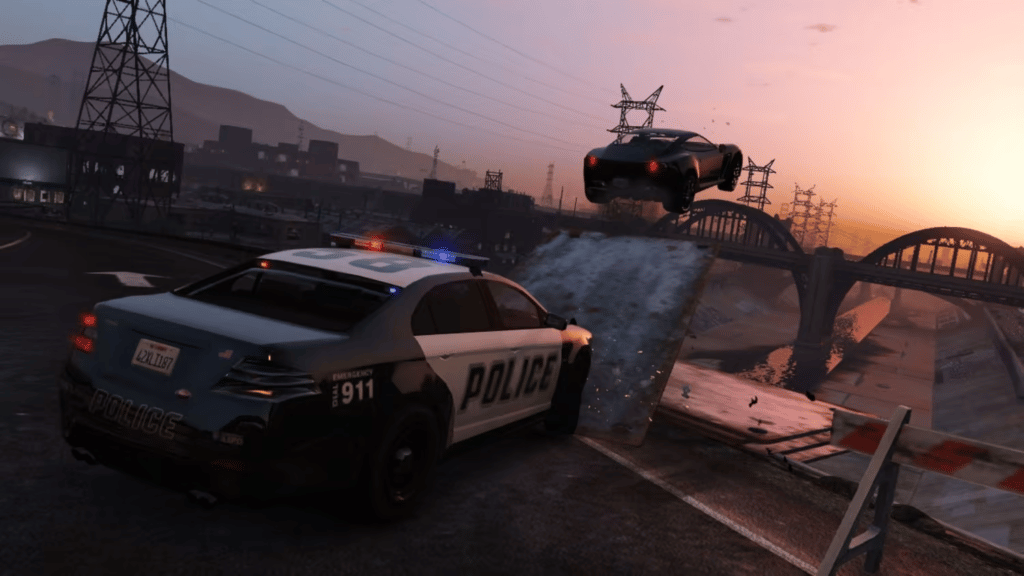 At this point, everyone, their friends, their grandmas and their dogs know about GTA V and the massive popularity it has gained as the quintessential game of three whole generations. But not about GTA roleplay we’re pretty sure.

Aside from the fantastic single-player story that introduced a cast of 3 interesting characters with a myriad of great narrative elements, and the game-changing GTA Online, the community now has another way to enjoy their favorite game.

So let’s talk about GTA roleplay, a feature in the game that takes Online to the next levels, and beyond that.

We’ll talk about what RP actually is, how you can hop into it, the best mods to enable, what to watch, and more!

What is GTA V RP?

Well, RP, as you will know, is roleplay. It is to simulate real life in a virtual setting and live as your creation or another character as you do in your cute little Manhattan apartment.

GTA V RP is very much the same, with the sprawling open world of Los Santos treated and sometimes changed to mimic real cities, with players taking on societal rules and behaving as they would IRL.

In RP, you might choose to live the simplest of lives with jobs and more, or you might embrace the more carnage-filled action adventure life that you wished was real outside of your dreams.

How To Start Playing RP in GTA V?

Very simple. The most popular means through which you can instantly hop into GTA V and RP with your friends is FiveM.

Before going further, however, you of course need a legitimate copy of GTA V and access to Online.

Now that we have settled on availability, let’s talk about how.

FiveM is one of the most widely recognized mods in video gaming. It allows players to create their own worlds, or servers, and assign several specific tools that will allow the RP immersion to fully work.

How to Get and Operate FiveM

Other mods include the RAGE Multiplayer, which you can find here.

Joining and Playing in a GTA V RP Server

As is the case with all societies, joining and maintaining your gameplay on an RP server takes a fair bit of effort and consideration.

To join a server, you must first gain access to the rules and regulations, and try to follow them, well at least until you RPG the hell out of a grandma.

On the other hand, there is also the propensity for malice to spread; will you glitch 20 tanks on top of each other like the good ol’ Vice City days? (Don’t tell them we told you that)

GTA V RP is open-ended and seldom well-defined, so you are free to do whatever catches your fancy. Whether it is a cop or a robber, a priest or a sinner, RP is for all.

So, now you know what to do.

As the mode has gained popularity, so have the servers that have emerged as communities for active roleplay.

If you are confused with the options on hand in FiveM and need help to decide, here are some of the best RP servers that you can join!

As you can guess from the name itself, Twitch RP is a server for roleplaying game activities dedicated to streamers from Twitch.

But, regardless of whether you are an active streamer or not, it is definitely an enjoyable place to RP in.

The way you can get in line to get access to Twitch RP is by scanning and making yourself known in the forums, going through their rules and regulations, and filling out a form if need be.

There are, however, more than 20,000 members, so be prepared to wait in queue for a bit.

After that, if you get an invite into the world of Twitch RP, have fun! It is certainly a great way to create a foothold on the platform as well.

A server that is a bit more well-known because of its giant 1000-player capacity, Eclipse RP is another place where players can realize their virtual dreams.

Eclipse boasts a massive community of very active players, so you won’t have any problems trying to find players to make friends and play together with.

It also has a community forum as well as a panel along with voice chat support which does not need any other software to use. ‘

Ever wanted to live the life of a post-war Mafioso? Well, that dream is now a (virtual) reality with Mafia City. This RP server enables you to do just that and much more in a world filled with unique things and surprises that you can encounter, including purchases of every property.

One of the other advantages is that the server has an extremely helpful and involved community behind it, ensuring that the fun is preserved for every new player and doubled for every existing one.

Mafia City is also VoIP-enabled. Like they themselves say, welcome to a world filled with infinite possibilities with Mafia City RP.

In its 3.0 version now, NoPixel revitalized the game when it launched, and has since seen a huge amount of attention and views from streamers worldwide. Along with the rise in popularity, it has seen so many applications for joining that the devs had to pause applications at times.

NoPixel, as most others on this list, allows you to live out your dreams as you want, but has an extensive list of rules and regulations that you must follow. This is enforced by the server mods in accordance with the time and immersion value of players that inhabit the world.

Oh, this is the real deal. New Day RP is pretty much entirely different from all of the options we have explored above. The server goes farther than anything else on this list, where players have extremely life-like restrictions and regulations that they must abide by.

As is with the others, you have to get whitelisted here by authorities to be let into the server. But as soon as you are in, you will experience a new level of active roleplay, and we won’t spoil any surprises! Go find out for yourself today.

Okay, you want to play it yourself, but you also want to watch content around it? Fair enough, let’s go. Here are a few of the most popular streamers playing GTA V RP today.

One of the most famous internet personalities in London due to his association with the Sidemen, Zerkaa is also an established streamer and Youtuber by himself.

His alter-ego in RP servers is known as Timmy T, and the character’s story is one of immigration and getting back into a life of crime as a result of no other viable options. Remind you of a certain someone?

You can watch Zerkaa RPing on Twitch and YouTube.

Primarily an Overwatch streamer, xQc still streams a lot of other games, with GTA V RP amongst them. xQc’s divisive personality is what makes him stand out in comparison to most other content creators on Twitch, and his RP really brings it out as he draws you in hook, line and sinker.

xQc’s streams are known to be funny, intense and very entertaining, as he has completely committed to meme-worthy sessions along with his chat community. Being one of the most viewed creators on Twitch also helps, I guess.

You can check xQc out on Twitch.

Sykkuno’s rise can be attributed to the pandemic-classic Among Us and the fad that it became in the midst of a time when we were all cooped up in our homes waiting for streamers like him to come online.

To no one’s surprise, Sykkuno also has a host of GTA V RP content that you can watch. His chill, calculating personality transfers over to his character, Kuno Sykk, who’s a young hacker trying to make his name in the underground casino and bank heist circuit.

So there you go. GTA Roleplay on PC is a ton of fun, and there is something for everyone to discover. Maybe you want to be a corrupt cop, a rags-to-riches gangster, or just an everyday Joe, you’ll find the place of your dreams.