Most of you will agree that Summertime Saga is one of the most immersive and realistic dating simulators.

Aside from the obvious attractions, Summertime Saga has gripping plotlines, fascinating and layered characters, and some captivating scenarios to play through.

Moreover, the multiple endings mean you can play Summertime Saga over and over again without losing interest any time soon.

But, there is a limit to the number of endings of Summertime Saga. And since you are looking for more games like Summertime Saga, it looks like you’ve already seen all of them.

Now, it’s time to enjoy something similar and different at the same time. We have found 11 games similar to Summertime Saga that you would love almost as much.

These games, although similar to Summertime Saga, have different premises; some are set in the mystical lands, while others pan out to the LGBTQ+ audience, but all of them are extremely engaging and fun to play.

If you don’t want to play Summertime Saga anymore, one of these would do nicely as your daily dose of a second life simulation.

We’d recommend Snow Daze: The Music of Winter, Waifu Academy, and Melody- all three very different from each other with alluring stories and gameplay.

1. Snow Daze: The Music of Winter

Developed by Outbreak Games and published by Critical Bliss, Snow Daze: The Music of Winter has an interesting premise that revolves around a family of 5.

Players get to play as Jason, a skinny teenage boy who is fond of music and has exceptional audio engineering skills.

Jason is set to leave the house for good when a snow blizzard freezes his plans. He’s now stuck in the house with his stepmother and 3 step-sisters.

Now is the time to get revenge on his step-family for all the harassing and bullying Jason suffered.

But, is it a good idea? Will this earn Jason the respect he craves, or make matters worse?

The choices you make will decide the outcome, and there are plenty of them- just like in Summertime Saga.

Get Snow Daze: The Music of Winter

2. Ladykiller in a Bind

Ladykiller in a Bind is the perfect Summertime Saga alternative for queer/lesbian women.

Developed by Christine Love, who is a lesbian as well, this fantasy game allows you to depict your wildest fantasies in an SFW manner. And the intense storyline matched with humorous dialogue takes the experience to a whole new level.

The game follows an 18-year-old girl who was manipulated by her twin brother to crossdress and spend 7 days on a school cruise trip to try and win a popularity contest. The sister, named Beast, then tries to seduce and sleep her way to the top to win $5 million.

There is suggestive as well as excessive nudity throughout the game. But the players can toggle on censorship or choose to skip the sex scenes altogether.

The game faced some backlash for one of its final scenes where the Beast has a  non-consensual sexual encounter, but it was completely altered by the developer.

Get Ladykiller in a Bind

Regarding animations and gameplay, Waifu Academy is one of the best games like Summertime Saga online. There’s also a plot similarity in that the protagonist of Waifu Academy is also looking to solve the murder of his father while trying to finish high school.

But, there is so much more to Waifu Academy. There are about 30 characters in this game, most of which are students at Sazaki Academy. That’s also where most of the scenes in the game take place.

With impressive 3D visuals and a storyline that reveals harrowing secrets about the protagonist’s closest friends as the game progresses, Waifu Academy makes you question your every decision.

That’s why playing Waifu Academy for the first time was more engaging than playing Summertime Saga.

How about hosting an unwanted party set in an anime universe where you play a video gamer named Moruiji Haru. The premise of Harem Party is the most distinctive out of all other games like Summertime Saga.

The protagonist is an ardent gamer who is about to finish off a boss battle but somehow the boss transports into his world. And following the big bad guy, more characters of this unnamed RPG come flashing out, and it’s a party!

Now, it’s up to you to help Moruiji interact with everyone who came out of the game, then track, and kill the big boss to save the universe.

And did we mention, that all the other characters are manga girls that worship you and will do anything to please and help you defeat evil. Be prepared for anything and everything, and lock the doors.

Considering the plot of this fantasy role-play game, the name seems misleading. Whatever it might suggest, Sisterly Lust has a rather sad beginning.

After years of mistreatment, the mother rescues her third daughter from her ex-husband and that’s where the plot starts to take shape.

Players now control the decisions of the third daughter who is very different from her 2 sisters, one older and one younger.

They are sexier, bolder, and much more confident than your character. Living with them and building the sisterly bond will take some doing.

Games like Summertime Saga are called visual novels, and Melody is the most stunning visual novel of them all.

This is a first-person video game with some of the best graphics and visuals, which makes this dating simulator even more intense.

You play the role of a musician who left his job to start afresh in a new town across the country. And that fresh chapter starts when you meet a woman at a grocery store who hires you to teach music to her niece, Melody.

During the music sessions, sitting alone in a room, your objective is to try and get with the beautiful Melody, and it all depends on the choices you make in certain scenarios.

With multiple endings like Summertime Saga, you’ll end up spending a lot of quality time with Melody.

Download the Free Demo on Windows/Linux, Mac, and Android.

A Town Uncovered is one of the highest-rated virtual reality games like Summertime Saga that revolves around a high school senior.

The main character has recently moved to a new town and has no social life. You take charge of the character in an unknown town where you have no friends, no activities, and no clear heading in life.

One thing that you do know is that the people in this new town are very open about their lives- borderline too open.

One interesting aspect is the side quests in the small town. You will wander off, trying to find hidden locations and lewd areas of the town which makes for some interesting gameplay.

6. Coming Out on Top

For queer men, Coming Out on Top is the best game, similar to Summertime Saga. It’s a gay dating simulator video game that follows a college senior who came out of the closet in the last year of college and now wants to make up for the lost time.

The roommates are there for your help, and so is the wide customizability of your character.

With 18 hunks to play with, you can complete the game 6 different times with 6 different endings, plus 1 secret ending after completion.

You also get to enjoy 10 additional dates with the handsome hunks of your college.

The game gets a little hot to handle in some scenes, with its explicit and mature depiction in almost every scenario.

Get Coming Out on Top

Dual Family is one of the more intense and story-driven games similar to Summertime Saga. The game revolves around a couple who have a son and a daughter and their marriage is headed towards a dead end.

Players can either play as father or son and make decisions to steer the whole family’s life. The premise is interesting and makes for some engaging scenarios, but it does have its dull moments.

It’s a good thing the gameplay and graphics are a treat, so overlooking the boring parts gets easier. It’s also one of the longest visual novels on this list, so you’ll have to be patient.

While there are a lot of games like Summertime Saga online, very few have as much attraction as Amber’s Magic Shop.

Set in a mystical world of elves in the city of Isilia, the game follows the bi-sexual protagonist named Amber. Amber is an elf alchemist who loves to craft new compounds but also falls for any man or woman she sees.

And that’s the highlight of this game. Players can play it as a dating simulator and as well as a crafting simulator.

You can also choose to play as the dark elf Amber or the light elf Amber. Which one is good and which one is bad? You’ll have to find out for yourself.

Taboo relationships are always enticing which is why we see so many games on it nowadays.

Dreaming of Dana is another one for the taboo lovers, but this one knows where to cut. That’s why it made our list of games like Summertime Saga.

You are a superbrat of a rich businessman and have recently joined your father’s business.

One unlucky day, you meet Dana and fall for her instantly. As the affection grows, you find out Dana is your sister. Now, what will you do? How will you do it? It will take all your attention to make the right decisions in this game.

And that concludes our picks for the best games similar to Summertime Saga. There are plenty more options, but we think these are the best.

These actually have engaging premises, interesting AI, and excellent graphics. Unlike a few titles, that essentially focus on just one thing. 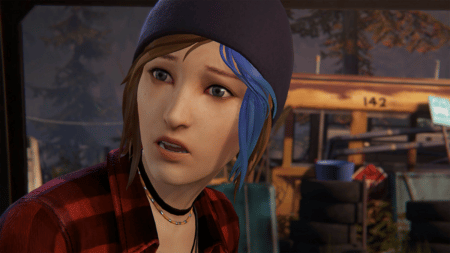 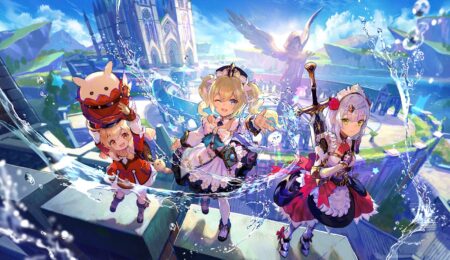