CPU vs. GPU: What’s the Difference? 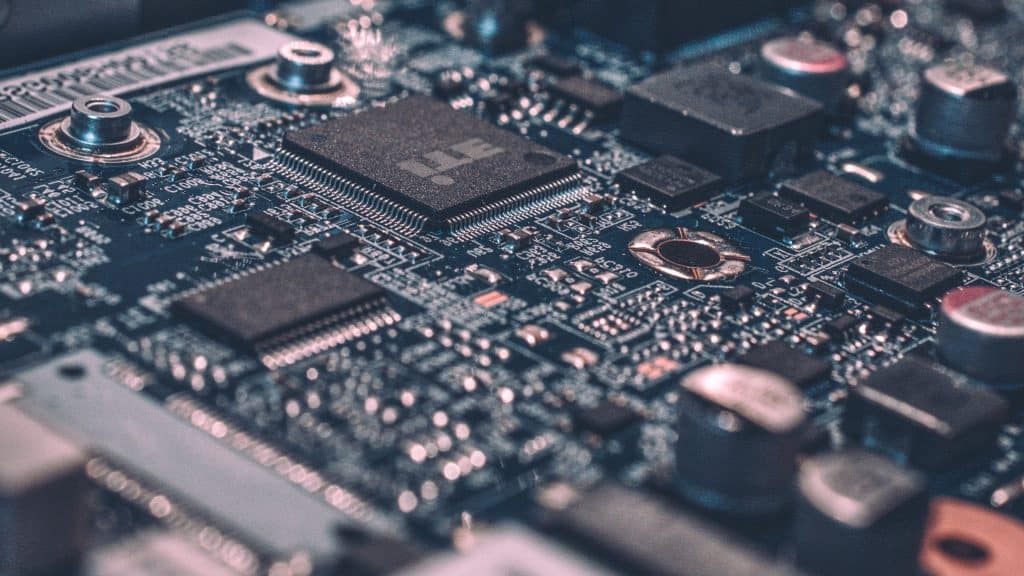 A modern PC or laptop or any such computing device should typically have both, a CPU and a GPU. Today, you can buy a touchscreen display with a dedicated CPU and GPU instead of a laptop offering almost as much performance. But these are complementary components with different functions.

Both CPUs and GPUs are structurally silicon-based microprocessors that help compute large amounts of data, instructions, and complex functions faster. Yet, they are significantly contrasting as well.

If you are about to purchase a new PC or laptop, you need to understand some central concepts to know what CPU and GPU you need.

CPU or the central processing unit of a computer performs the basic logical, arithmetical, input/output functions. It is the necessary hardware required to complete the instructions of the computer program or the input.

A CPU comprises the control unit or CU, the arithmetic and logic unit or ALU, and the immediate access store or IAS.

A computing process starts when either an instruction is provided from an input device or that from a computer program commanding the CPU to do a certain task. An input from a device is relayed to the ALU via the CU.

The ALU then follows the instruction to complete the instruction with the data available in the IAS. Once completed, the ALU stores the relative data or simply relays it via the CU to the output device.

Every single keystroke or mouse movement you make requires your computer to go through this whole process. To us, typing a letter or shifting the mouse minutely shows instant outputs.

But your PC does even more complex tasks every second – the OS, background applications, Wi-Fi, etc.

How Does CPU Work?

Every single function you perform on your PC or laptop is a cluster of electric signals. On and off signals made by each transistor create the data scale and the fundamental basis for computing.

The CPU processes every single point of data including input and output commands with the help of billions of transistors placed on a single computer chip, each creating on and off signals for data calculation and processing.

Data is stored inside CPUs, on the RAM or the ROM, as numbers running to multiple digits impossible for the human mind to understand or read.

In essence, a CPU performs based on a theory whose methods of application are devised by humans but cannot necessarily be followed through.

This is just why the CPU has become an integral part of our lives today, helping us complete and achieve tasks otherwise time-consuming or improbable without it.

To delve into modern computing, CPUs have evolved into microprocessors, single-chip renditions of CPU architectures comprising its fundamental units and capable of performing all functions.

Let’s consider the latest processor from Intel labeled, arguably the fastest computer processor available today. The Intel Core i9-10900K is designed with 10 processor cores and 20 threads to offer processing speeds of up to 5.3 GHz.

Similarly, this 10th gen i9 processor can perform 20 different calculations in tandem. 4 years from now, this i9 may be easily available on mid-range PCs or laptops.

It is common knowledge that a GPU or graphics processing unit is the separate computer processor which deals with image and video rendering.

But this should bring the question of why we need a separate processor, different from the CPU, for graphics.

The term GPU was first popularized by NVIDIA when it released the GeForce 256. Popularly considered as the first traditional GPU, it was a single-chip processor specifically capable of designing computer shapes.

The GeForce 256 was able to compute 10 million polygons/second.

GPUs available today can be differentiated into integrated graphics processors or IGPs and discrete GPUs, commonly known as video cards.

These GPUs are available as separate add-ons on desktop motherboards or assembled separately within a desktop/laptop.

They are different from IGPs and able to offer more processing performance. Integrated graphics cards share CU and memory with the CPU, thus limited in functions and performance.

How Does GPU Work?

Although fundamentally the same, a GPU has more processor cores than a CPU. But GPU cores are significantly slower.

A CPU is best at simple intuitive tasks – browsing the internet, running your computer OS, etc. But when it comes to bulk laborious tasks such as gaming, graphic designing, etc., it is better to have many cores working together.

With thousands of cores, a GPU breaks a huge task into numerous scaled-down tasks, small enough for the slow processors to compute parallelly, completing the whole task efficiently.

The GPU is an example of advanced parallel computing, using multiple cores to divide a complex task into multiple smaller tasks and then performing it.

Although termed as GPUs, these processing units can perform any form of complex tasks with large pools of data, beyond graphics rendering. High-end GPUs provide the necessary hardware support required for AI and deep learning.

CPU vs. GPU: So What’s The Difference?

Architecture – CPUs are made up of a few powerful cores while GPUs are made of numerous weaker cores.

Interoperability – A CPU can work as a GPU with limitations, but a GPU cannot work as a CPU.

Specialization – CPUs can work out varied instructions and tasks, but a GPU can only work on only specific computing tasks that CPUs are unable to perform.

Can GPU work as CPU?

GPU can not work as CPU primarily due to the varied architectures. A CPU can perform more instructions per second while a GPU can compute more data per second. A GPU has multiple less powerful cores than those in a CPU to handle large amounts of data and complex tasks. To use a GPU as a CPU will require separate programming altogether. Where a CPU can handle an input or software instruction with its ALU, a GPU will require breaking that instruction into multiple sub-instructions with relevant programming to work as efficiently for the desired results.

CPU can affect FPS because all data used by the GPU is first processed by the CPU. FPS or the number of frames per second created on the display does primarily depend on the GPU’s computational and graphics rendering power. FPS for gaming or video playback requires the CPU to access data available as the related files and process it for the GPU to render. If you have a below-par CPU, it will be unable to process the data required by the GPU to create the necessary graphics.

Do you need a CPU and a GPU?

You will need a CPU to run the basic software and applications. For gaming or tasks related to video rendering, you will need a GPU. CPU architecture allows it to manage multiple instructions and tasks simultaneously, vital to run your OS, other software applications and the basic functions of a computer. The GPU is the necessary processing power required to run specific tasks that necessitate running numerous small tasks and data sets simultaneously. Most CPUs available today come with IGPs or integrated graphics processors to provide the basic graphics processing backup. For example, if you have a 4K monitor, you will need a GPU to enjoy optimal quality video playback with it.

Both are equally important for different reasons. The CPU is vital to process software instructions and manage all related computer hardware for optimal functionality. The GPU helps create a better visual output by providing additional computational power for executing a complicated task like graphics rendering. However, a computer can run solely with a CPU even today although it will not be able to run games or similar high-end and complex computing tasks without a GPU.

Should I upgrade GPU or CPU first?

Whether you should upgrade your CPU or GPU depends on your usage/needs and the current specifications of your computer. A faster CPU will help you breeze through applications and enjoy smooth multi-tasking. A better GPU will vastly improve your gaming experience, but you will need a complimentarily powerful CPU as well. Consider comparing the year of manufacture or release of the CPU and GPU in your laptop or PC. If either your CPU or GPU is older than the other by more than 3 years, upgrade it. For example, if you have an Intel i3 processor and NVIDIA GTX 1050, you should consider upgrading the processor.

Both the CPU and GPU are processors chipsets with native processor cores, memory and even an input/output system (a graphics card can directly relay processed data to the display unit.) Where the CPU provides the elementary multitasking power, the graphics card provides the necessary grunt to process complex data and tasks. You will need both for your PC or laptop in the years to come. As computers and processors get more compact, it may not be long before CPUs and GPUs merge under a single processing unit architecture.