Building vs Buying a Gaming PC: Which is Cheaper & Better? The age-old question for PC buyers around the world always has been “Should I build my PC or should I just buy a pre-built?”

People are saying that buying a pre-built is easier and worry-free while building your own can be quite troublesome and time-consuming.

However, PC building enthusiasts claim that building your own PC is better since it is cheaper and more fun than just buying a pre-built, that pre-builts are more expensive and that you are paying for an unnecessary premium price.

Everyone wants to get the most out of their money and the most important decision when it comes to buying a PC is deciding whether to buy or to build.

Today we are going to be helping you out with that decision by finding out if it is cheaper to build a PC or is it better to just buy a pre-built system.

Probably the biggest edge of buying a gaming pc instead of building one is that its basically plug and play. Once you have the Gaming PC inside your home all you have to do is plug it into an outlet, connect your monitor and other peripherals, turn on the PC and start crushing noobs. It’s just that easy that’s why a lot of people prefer buying instead of building.

Recently, there has also been a lot of new companies such as iBuypower, OriginPC, NZXT BLD, and CyberPower, which have their respective websites where they offer pre-builts and all you have to do is choose a budget, choose the games you play, and they will find a suitable PC for you that can play the games you chose at an acceptable frame rate.

Making it possible for you to not even leave your house and just get the PC delivered.

Troubleshooting is also not a problem for pre-builts, all you have to do is take it to the shop you bought it from and let them fix it for you. The downside is that you might have to wait a few days to get it fixed, but hey at least you didn’t have to do all the dirty work.

You’re probably thinking to yourself right now, “Well, what am I waiting for? I should go ahead and buy a gaming PC right now!” Well hold on for a minute there, we haven’t talked about the disadvantages yet.

The biggest argument against buying gaming PCs is that it is expensive. Pre-built gaming PCs usually have a premium price making them generally more expensive than building your own. however, there are prebuilt that you can get under $500 or $1000.

This is mostly because the companies selling PCs obviously have to make a profit, if they sell it at retail price they would get little to no profits at all making the entire thing useless.

Another thing that you have to be wary of is that generally, pre-built gaming PCs have cheaper and older generation components in order to increase the company’s profit margins.

Typically, builders cheap out on motherboards, RAM, or the power supply. Have you heard of the whole Walmart Overpowered PC fiasco just a few years ago?

It was Walmart’s attempt at selling pre-built PCs that received mostly bad reviews from the PC community.

Want to know exactly how bad it was? Look no further than Gamers Nexus’s video where he bought a $2000 Walmart PC and didn’t even get the components that he paid for.

It is widely known within the PC community that building your PC is always cheaper than buying a PC. You might be asking yourself, “Well, what type of PC? is it cheaper to build a gaming PC? A workstation PC?

A video editing PC?” Yes, yes, and yes. No matter what the use is for it’s always going to be cheaper to build than to buy.

Aside from the costs, you also have access to a wide variety of brands and manufacturers for all your PC parts.

Most PC components nowadays come in various colors, allowing you to create various themed builds like RGB builds, White builds, Pink builds, among many others.

You can check out Builds GG if you want to see thousands of themed PC builds submitted by the community and maybe get some inspiration for your own build.

Building your own PC can be quite the experience. It’s an experience unlike any other, many people refer to it as “Lego for Adults” since it is fun and challenging at the same time.

PC building nowadays is easier than ever before, throughout the years a lot of components became more noob-friendly. Plus, it is super satisfying to watch the PC that you built turn on for the first time.

Do take note though that it’s not all fun and games when building your PC. Obviously, it can be quite scary to handle hundreds of dollars’ worth of components. You might be afraid that you might break something in the process or that it won’t work.

But worry not, because there are a ton of good guides, forums, and YouTube videos out there that can help you throughout the whole thing.

Here are some of the sites that I used when I was first getting into PC building, be sure to check Tom’s Hardware, r/buildapc on Reddit, and LinusTechTips out, though there are many more sources out there that you can use.

One of the major drawbacks of building your PC is that it can be time-consuming, especially for new builders. Experienced builders usually take around 30 minutes to an hour to finish a whole build, which will probably be around 3hours or more for first time builders. I personally believe though that it is definitely worth one afternoon, because of all the experience you get from building a PC.

Building Vs Buying A PC

Now let’s get back to that building vs buying a PC debate and settle it once and for all. Let’s talk about the advantages and disadvantages of both sides and put them head to head so that we can compare them better.

Though prebuilt PC manufacturers have come a long way and have slowly offered better prices for better specs throughout the years, there’s no doubt that building is still way cheaper and offers a better price-to-performance ratio than buying. Also, if you have the patience to wait for big sales like Prime Day and Black Friday you can save a lot more.

A good example is this Bitwit video. Bitwit built an entry-level 1440p gaming PC where he used pretty decent components that came out to a total of $720.

He had a better processor, faster and more RAM, a better GPU, more storage, and a better-rated power supply, and the whole build was even $10 cheaper. The video was made a few months ago so pricing may have changed but you can still find other recent videos and posts out there that tell the same story.

Building your own PC can take anywhere from an hour to a few, afterward you would have to install an OS, download some updates, and install your preferred applications which can take up your whole day.

On the other hand, when buying a PC all you have to do is take it out of the box, plug in a few cables here and there, and you are pretty much done. It takes at most 30 minutes to fully set up, and you are up and running.

There’s no doubt that buying a PC is way easier to set up than to build. It’s faster and easier so buying takes the win for this one.

When building a PC, as long as you buy all your parts brand new, you should have no problems returning broken items. Even if you run into a problem after a few months of using the component, manufacturers often have years’ worth of warranty for each product making it easy to fix or replace.

When buying a PC, as long as you bought from a known PC builder such as CyberPowerPC or iBuyPower you should have no worries as well. Usually, their warranties cover all components and they’ll return the PC to you fully functional.

The number of PC building manufacturers have increased over the years, and there are now hundreds of beautiful-looking pre-builts to choose from. Yes, it’s not as vast as building your PC, but it is definitely better than having no options at all.

We all have different needs and at the end of the day, that’s what it’s going to come down to. If you don’t have the patience nor time to put in hours’ worth of work into building your PC, or if you are in a hurry and need a replacement PC quickly then it’s probably better to buy one instead.

If you are looking to save money and get the most out of your budget, then your best bet is going to be building your own PC. I know that it can be scary to build a PC but don’t be afraid all you have to do is equip yourself with the proper knowledge. You can prepare by watching YouTube videos, reading guides, asking questions on forums, and hope for the best.

The best part about building a PC is the experience itself. You gain a new skill and gather enough knowledge to be able to troubleshoot the PC yourself. Your best friend when it comes to PC building is probably going to be PCpartpicker.

PCpartpicker is a great and handy website to use since you can easily pick your components and see their prices. Once you pick the components PCpartpicker will also display any compatibility issues that you can run into.

You should be on the lookout for any sales for both individual components or pre-builts if you want to save a buck or two. PC hardware often goes on sale, especially if the holidays are near or if there are any new component releases.

Whether you end up choosing to build your PC or buy it pre-built you’re still going to see decent performance as long as you buy from reputable brands. Pre-builts have gone a long way and it still gets the job done.

However, In my opinion, building your own PC is still the way to go, the experience and satisfaction you get just simply cannot be replicated. 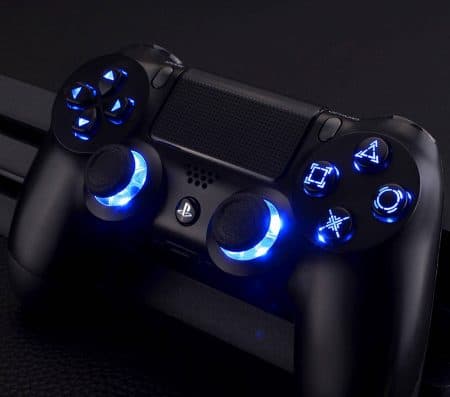