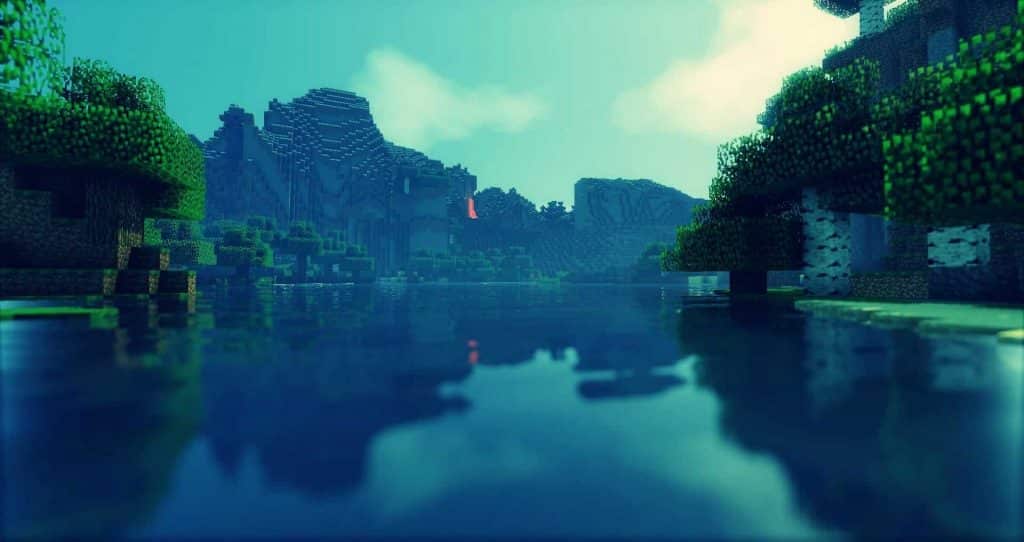 Minecraft has earned a reputation for its blocky design and look, but that ought to get boring over the course of hundreds of hours of gameplay. Thankfully, that’s where texture packs step in.

Minecraft texture packs don’t halt your mining expedition but make it more beautiful and lucrative. Playing Minecraft with textures is a newfangled experience. The game will change its colors and dimensions according to you. You can add texture packs to mend the game on your say.

There are texture packs that can turn Minecraft into a medieval town or a sci-fi utopia. Basically, if you can imagine it, there’s probably a Minecraft texture pack for it.

How to Install Minecraft Texture Packs?

Step 1: Download the texture pack you’d like to install. You can download them from the links below or get them from a reliable site on the internet. CurseForge is one of the most renowned websites regarding Minecraft resources. After that, the texture packs will be saved in the folder Tutorials/Custom texture packs.

Step 2: Run Minecraft on your PC. Under the options tab, click on ‘Texture Packs’.

Step 3: Click ‘Open Texture pack folder’. If it doesn’t show anything, then open the folder manually as we saved earlier while downloading or you can find them at these locations depending on your operating systems.

Step 4: After a few seconds, the texture pack appears in Minecraft. Simply select it and click ‘Done’. If it does not change the texture pack at all, just go and restart the game. You will be welcomed back by the new Minecraft Texture Pack.

Also learn: How to Make your own Minecraft Texture Pack

Once you’ve learned to install Minecraft textures, it’s a smooth sail ahead to a newfound world.

LB PhotoRealism Pack is one of the best realistic Minecraft texture packs that takes a drastic turn from Minecraft’s rustic and rather plain outlook and opts to upgrade the visuals to look as realistic as possible. The blocky maintenance that defines Minecraft is still upheld, but the actual textures on the blocks are taken to a new level detail-wise.

Apart from the environment, the mob textures are also upgraded as well. The zombie, wolf, and spider textures are a significant upgrade over the base version.

It’s a radical change from the original game, but it still manages to somehow fit the world of Minecraft without looking absurd. It goes without saying, but the game becomes way more demanding on the CPU and GPU as soon as you turn on the LB PhotoRealism Pack, but that’s the price one must pay for luscious trees and scary wolves.

The ‘Brix’ transforms your regular Minecraft cubes into Lego bricks. It’s a simple change but it can totally revamp your whole experience, especially if you’re a lego fan.

The developer ‘Nonnensence’ has ended many comparisons for now and has made a dream come reality for plenty of LEGO fans.

Minecraft floors are rendered with a studded effect that reminds one of Lego Bricks, complete with a glossy finish of the plastic. Basically, if you ever dreamed of playing with virtual legos where the only bound to what was built was your creativity, then Minecraft with Brix texture is what you’re looking for.

There isn’t anything more to say about Brix, if you like LEGO then you’ll love this thing.

Dedicated to all the Star Wars fanatics in the house, the Star Wars resource pack brings a lot of new things with it. Star Wars is much more than a simple texture pack.

It’s an experimental yet impressive resource pack that adds all the following into the game:

The Star Wars pack in Minecraft hits the nostalgic nerves while playing. The aesthetics of the Star Wars texture pack are fabulous, but akin to the original series, they’re Dark and gloomy, unlike the brightly lit vanilla textures. So, if you want to play Minecraft in a potential dark mode then you can go for it, then this is perfect for you.

If you’re into urban and modern designs but find the simplistic Minecraft blocks are too limiting for the reins of your creativity, the Modern HD texture pack is for you. The 21st-century blocks are best suited for players looking for Minecraft mansion ideas that build modern structures like modern houses, fully equipped with modern equipment, weapons, and more.

The modern HD texture pack comes up with 64x resolution, but it’s not a letdown. The colors in this texture pack look really soothing and authentic.

The modern HD texture pack brings many new features and a handful of improvements. There is an impressive new user interface, new fonts, and gorgeous textures with really cool colors, and also they have provided new sounds for the game.

John Smith is the most popular texture pack among the creative community. Whether it’s a gothic castle with French gardens or a sci-fi theme park, John Smith has got you covered.

John Smith Legacy texture pack focuses heavily on visuals and alters the appearance of literally everything apart from the trees. The texture pack also enhances your experience by revamping the game’s user interface. The aesthetics and designs of the pack are really satisfying and always more pleasurable than others on the list.

The environment, woods, rocks everything looks more real than before. John Smith is now revered as a staple texture pack. If you’re following any creative tutorial, it’s a prerequisite assumption that you have John Smith.

The Minecraft color codes are simply brilliant and the game resembles an art piece if you have the creativity to use the full potential of Patel. So, pastel Craft is colorful and adorable without being clunky.

Pastel Craft is not built on any other texture pack. Instead, all the textures included are self-made and reworked by the developer, so we know that there is a lot of artistic effort and feelings that have been put in the pack.

The pack features a 16x resolution as it is a fundamental set up, thus ultimately it is a low-specs friendly texture pack.

A texture pack with that much artistic value and picturesque visuals is surely not one to miss out on.

Sapixcraft doesn’t change many things, actually changes almost nothing but certainly enhances the experience of Minecraft to take it to the next level. You can feel the richness of the texture pack when you get it. It looks luxurious, and elegant in its first appearance, and continues to look so.

As the name suggests retro, it’ll definitely take you on a trip down memory lane. For the players, who want to visit the good old times, the RetroNES texture pack is for you. A complete feature-packed resource pack from Knightworm is a feast for NES lovers.

The Retro NES texture pack is presented in 16x resolution that lives up to the name. The low resolution also helps your PC run the game smoother than before.

The texture pack will change the whole atmosphere of your Minecraft world into a 16-bit environment. The retro feel is completed with a dedicated sound set, included in the resource pack. The colors are also great despite using a limited color palette. This texture pack speaks for itself, a must-have if you played an NES in your hay days.

The conquest texture pack is basically inspired by and based on John Smith but it doesn’t look like a replica at all. Instead, Conquest looks unique and an upgraded version of the John Smith resource pack.

If you love the John Smith Legacy texture pack then you might want to add this one too. Conquest is the perfect texture pack for your Middle Earth or Game of Thrones reimagination in Minecraft.

Glimmar’s Steampunk is a glamorous texture pack with spectacular visuals but you have to learn it from the beginning as it changes the Minecraft interface completely. But once you tread over a few hours or grind, a Steampunk Minecraft awaits you on the other side.

Glimmar’s Steampunk provides you with both 32x and 64x resolution, so it is always convenient for you to decide based on your system. Every other thing has a completely changed design so you get to enjoy everything from a new perspective.

Glimmar’s Steampunk is definitely a great choice for those who like funky things and loads of customization at their fingertips. It’s not a pack for casual players who just want a visual overhaul to their world, but rather for those committed ones who wish to try out something experimental.

That’s the end of our round-up of the best Minecraft texture packs. Whether you’re looking for a texture pack that makes your Minecraft world look like LegoLand or one that blurs the differentiating line between reality and fiction, you can find it here!